‘Anecdotes’- Part of ‘Direct.Play.Record.View’ group exhibition - Galleri KiT, Trondheim -13. April 2017
From Facebook event:
DirectPlayRecordView is a never-seen-before exploration of the relationship between documentation
(graphic recording) and larping[1]. Over the course of three days, artists are invited to join a workshop in
larp and documentation (held by artist Prerna Bishnoi), before observing and documenting a larp being
played in the gallery at KiT. All the works that are made by the artists are exhibited in the same gallery
space as the larp took place, Thursday March 13th.
1. LARP (Live Action Role-Play)- a type of role-playing game in which participants physically act out scenarios, typi-
cally using costumes and props. 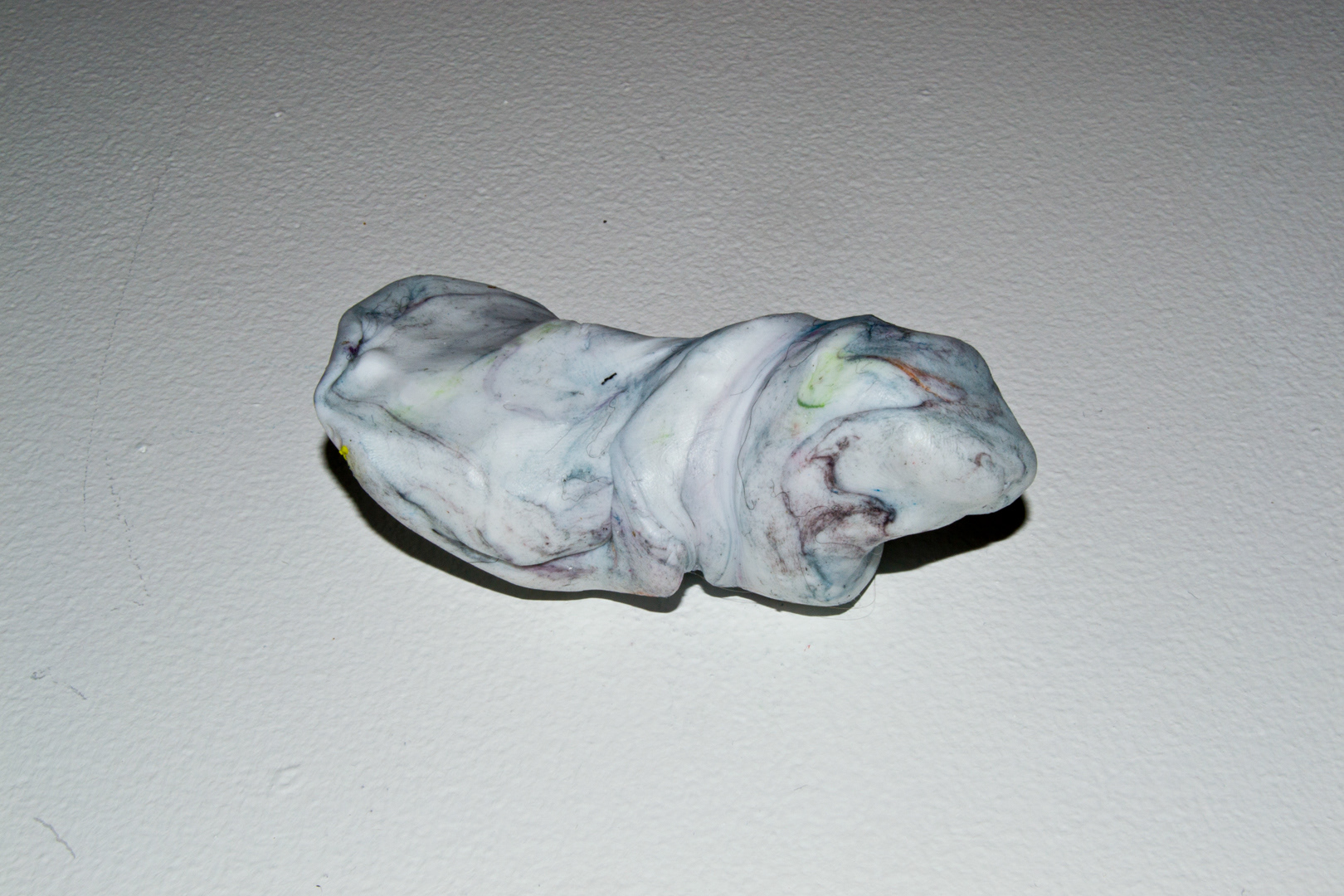 ‘Anecdotes’, (Title of my individual contribu-
tion).
A series of clay objects was produced. The
clay pieces are inspired by Orozco’s ‘Astro-
turf Constellation’ project. They were hand-
ed out to the participants in the Role Play
event. The participants used the clay pieces
as a fictional material. The material became
another layer of fiction within the fiction
they were already in. The pieces of clay
could function as a currency and be used
by the participants, or take other identities.
Eventually, after the event, the clay pieces
were returned to me. Used and transformed,
with traces and remnants imprinted upon
them. They were transformed into practical
or symbolic objects during the play. The clay
objects became a 3D document of physical
actions, which were a part a fictional perfor-
mance universe.
The objects were trans-
formed into a combina-
tions of colored clay
and remnants of things
(Marbles, necklaces
and the like). During
the larp the clay pieces
were still morphing,
being handled and
shaped. The final result,
although a concrete
form, is not clearly expressing the complexi-
ties within the poetic story. The result is a
series of works that discuss documentation
that is both shape and compressed time.
They appear as simple poetic sculptures,
that contain a multi-identity as both docu-
mentation and form experimentation. 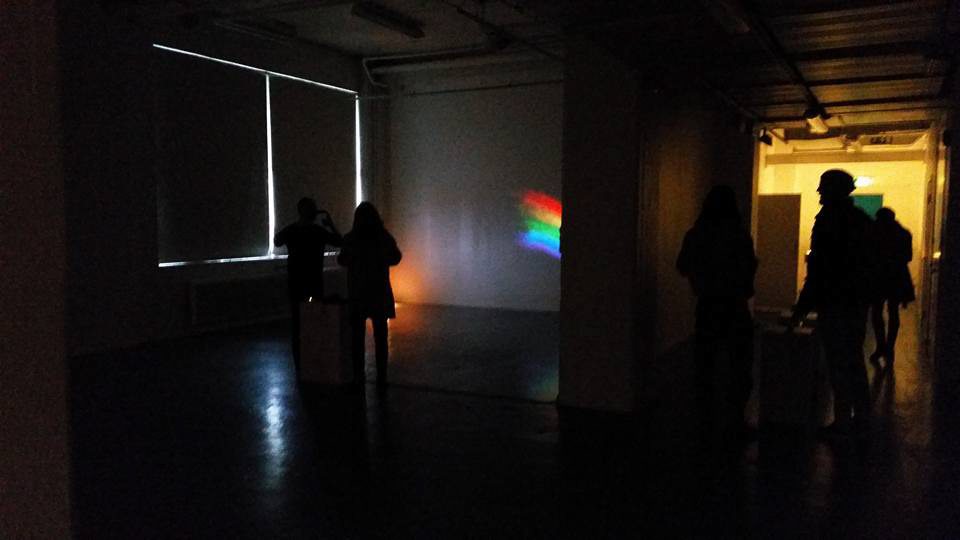 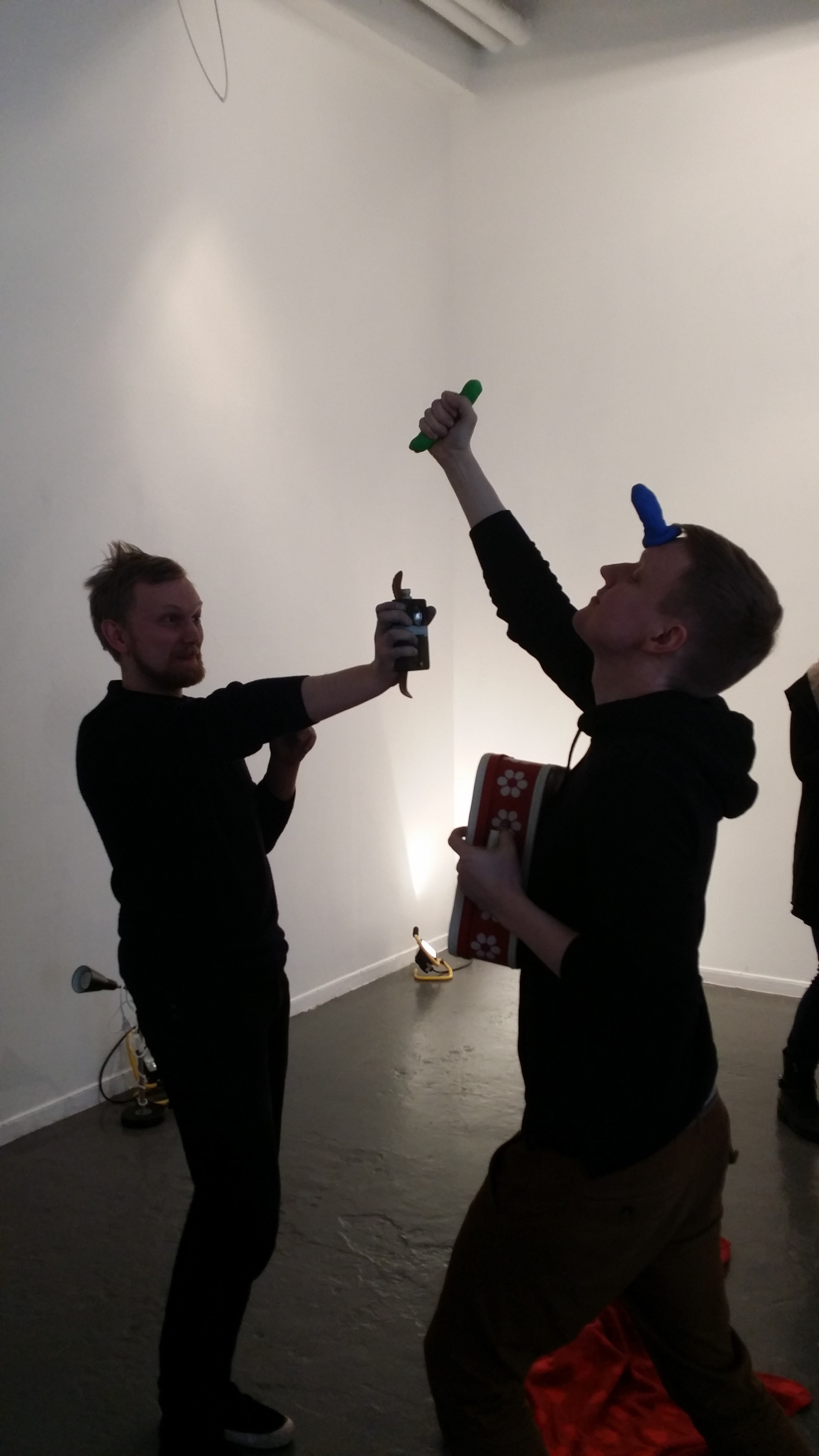 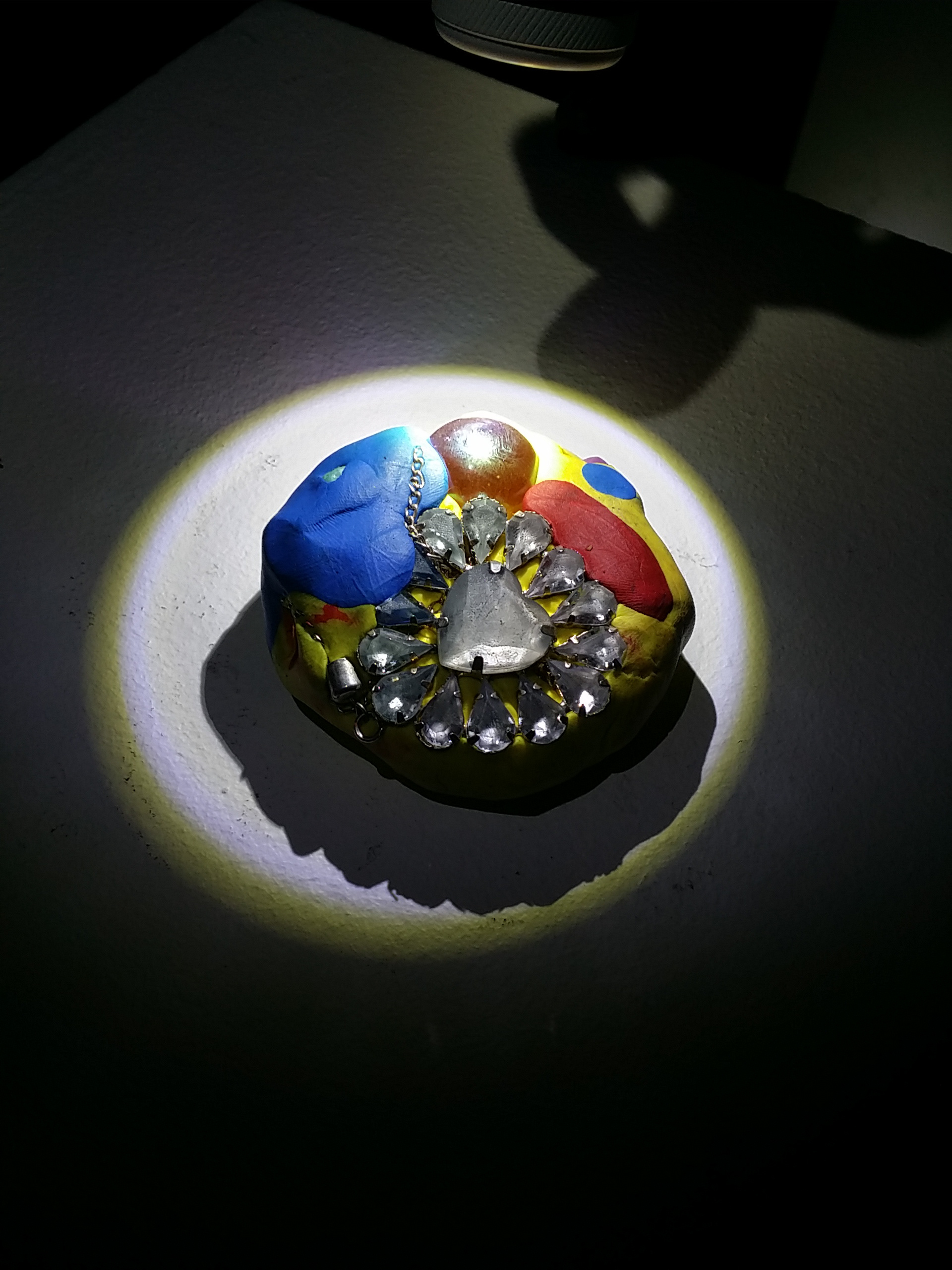