‘Earthsails’ - 1 month summer residency - Gerswalde, Germany - 2017.
Project intentiopn: Change the earth’s axis of rotation using tarp-sails and the butterfly effect.
The term “Butterfly Effect” itself is related to the work of Edward Lorenz, based in Chaos Theory and sensitive dependence on initial conditions.
The “Butterfly Effect” is the propensity of a system to be sensitive to initial conditions. Such systems overtime become unpredictable, this idea gave rise to the notion that a butterfly’s wings might create tiny changes in the atmosphere that may ultimately alter the path of a tornado or delay, accelerate or even prevent the occurrence of a tornado in a certain location. The flapping wing represents a small change in the initial condition of the system, which causes a chain of events leading to large-scale alterations of events. Had the butterfly not flapped its wings, the trajectory of the system might have been vastly different.
In the Vocation of Man (1800) , Fitche says that “you could not remove a single grain of sand from its placewithout thereby changing something throughout all parts of the immeasurable whole “.
On August 12, 2017, I met up with 27 fellow art students and a handful teachers from institutions
across europe. This was on the grounds of a repurposed collective farm built during the cold war.
EEA (European Exchange Academy) held its annual summer course in Gerswalde 80km east of Ber-
lin in remote agricultural surroundings. The farm is the property of a group of Berlin artist and con-
sists of an apartment block, a spacious kitchen with eating quarters and a large number of garage-
looking windowless studios. The garage-studios were built four in a row and set against endless
yellow oatfields dotted with elevated hunting blinds and patches of huge oak trees. The area has a
massive amount of quiet. Most days during the first two weeks in Germany had clear blue skies and warm weather. Week three was different, and during a particular gray and windy afternoon I decided to try and change the rotational axis of the earth by installing tarp-sails anchored in trees. These sails would if ex- ecuted correctly in time pull northern europe closer to the equator, thus giving it a warmer climate.
If the sails did not work I hoped for an interference with the elements that created the right kind of
butterfly effect. The first two sails were installed at different heights, soaring over a meadow not far from the living quarters. The Polyethylene plastic that made up the tarps proved to be a troublesome earth-sail material. Even when reinforced with duct tape and new metal rings. The material often ripped or wrapped itself around the rope during the first week of test flights. Two more tarps were installed. One in blue and one in white colors. The smaller blue tarp was about the size of a car and lived between some fruit trees growing close to the road. The white sail flapped around in a distant field, white, 42 square meters and the largest of the sails. The artificial material made a lot of noise, folding, crackling and dancing with the different moods of the wind. The intention was that a pas-
serby on the road could hear the sounds of a plastic ocean and then spot the blue sail from the road. Visiting the blue sail would reveal another sail, that again would reveal another sail and make
possible a journey from sail to sail walking upon the earth that served as a ships deck. 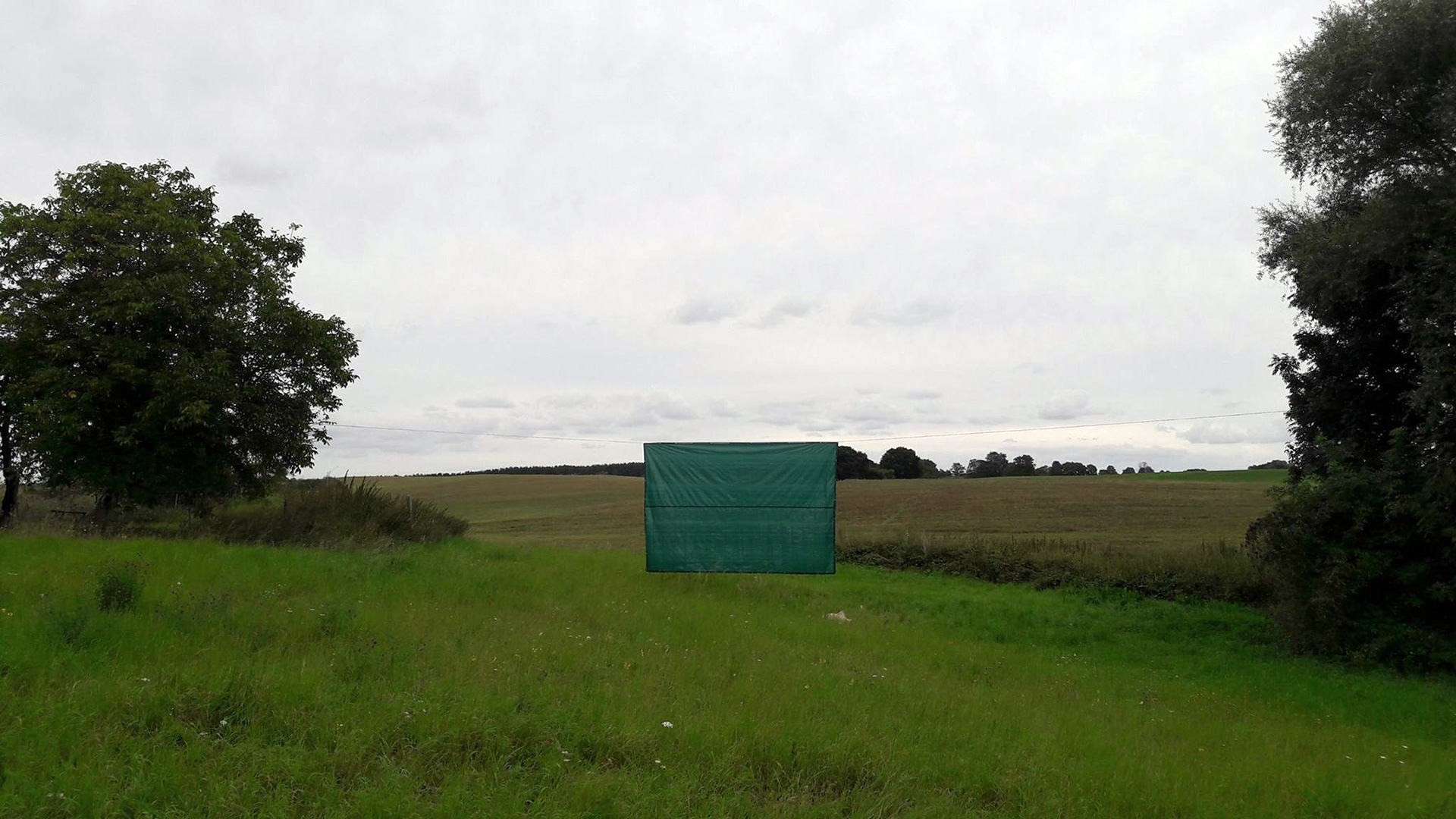 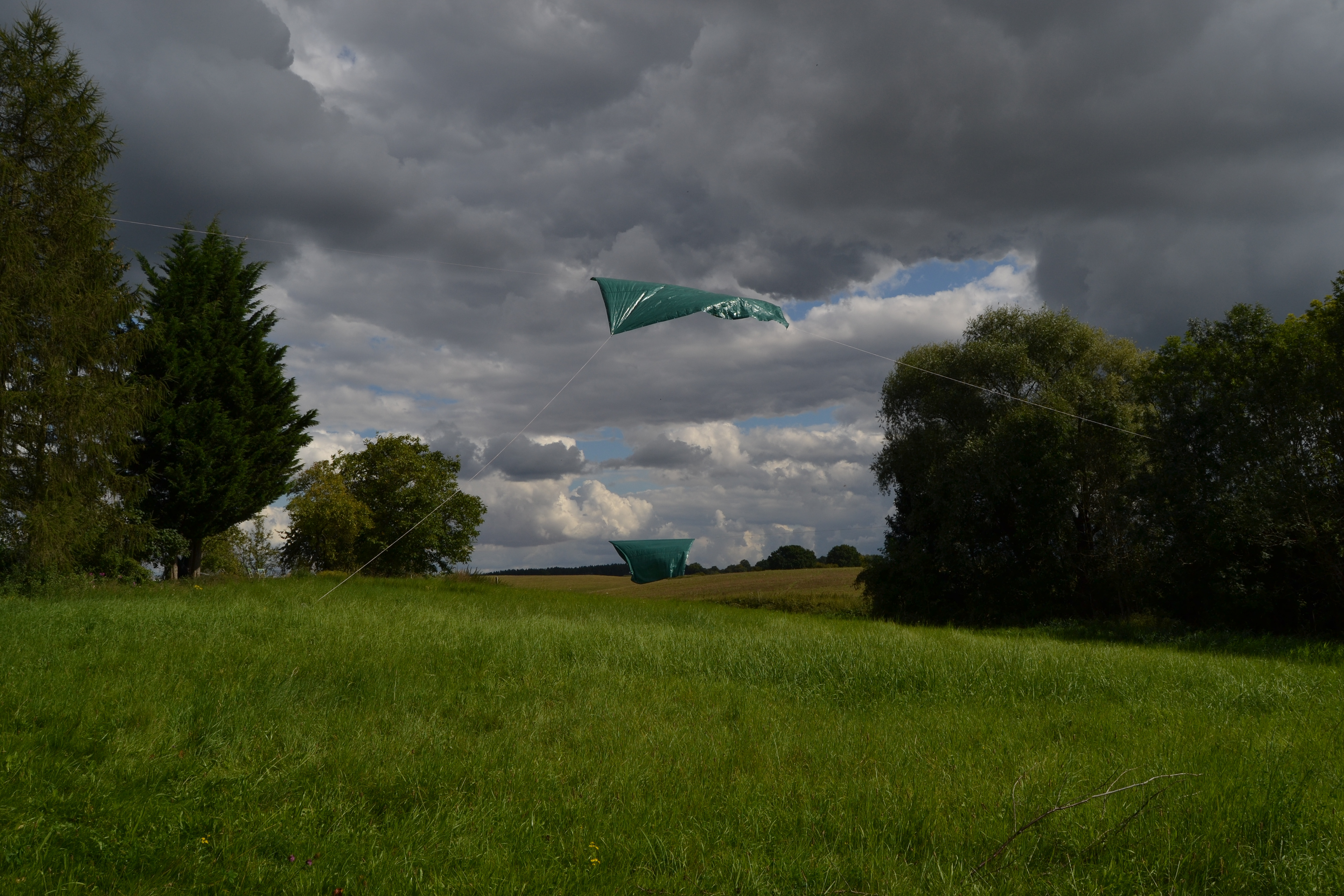 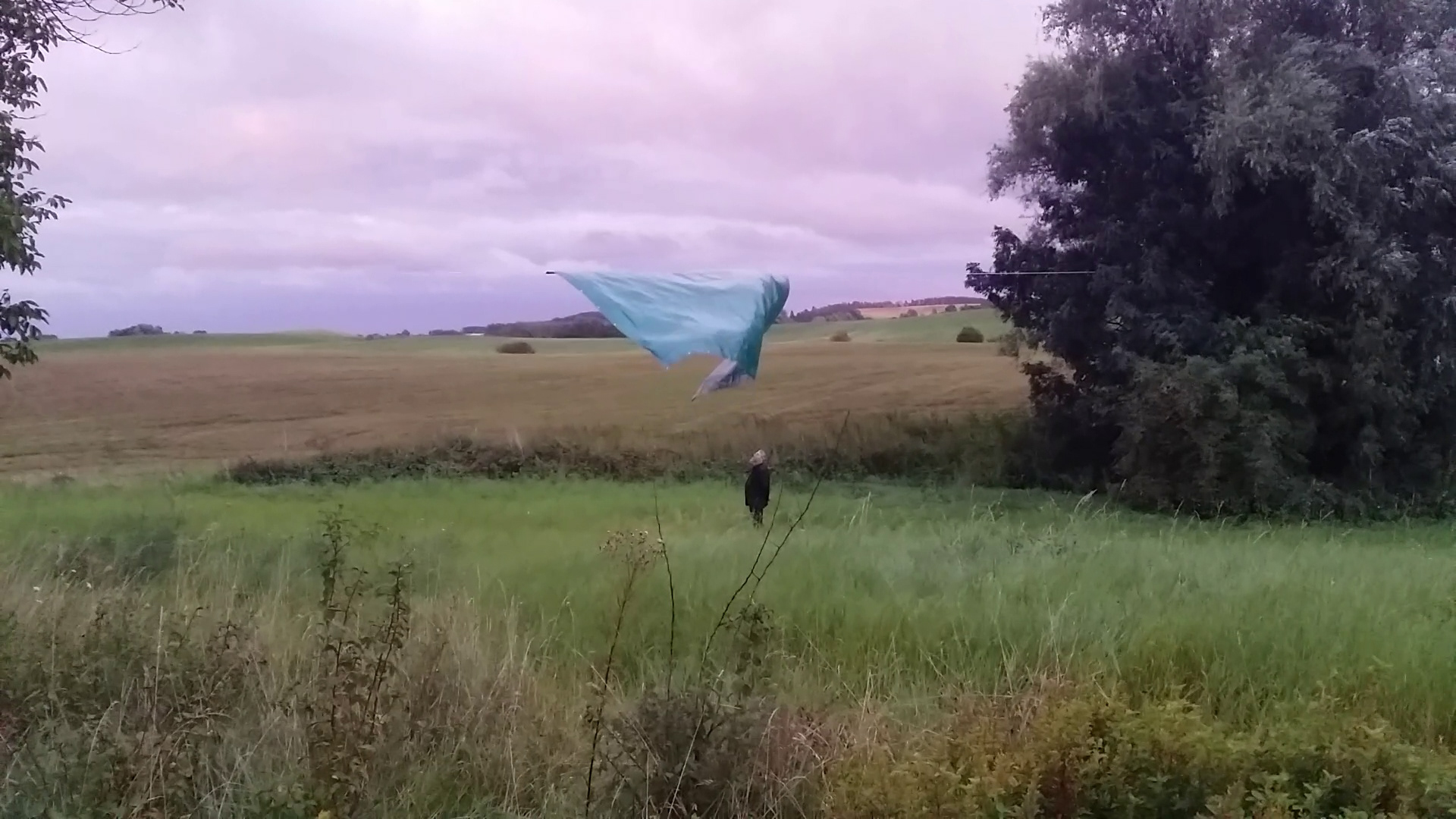 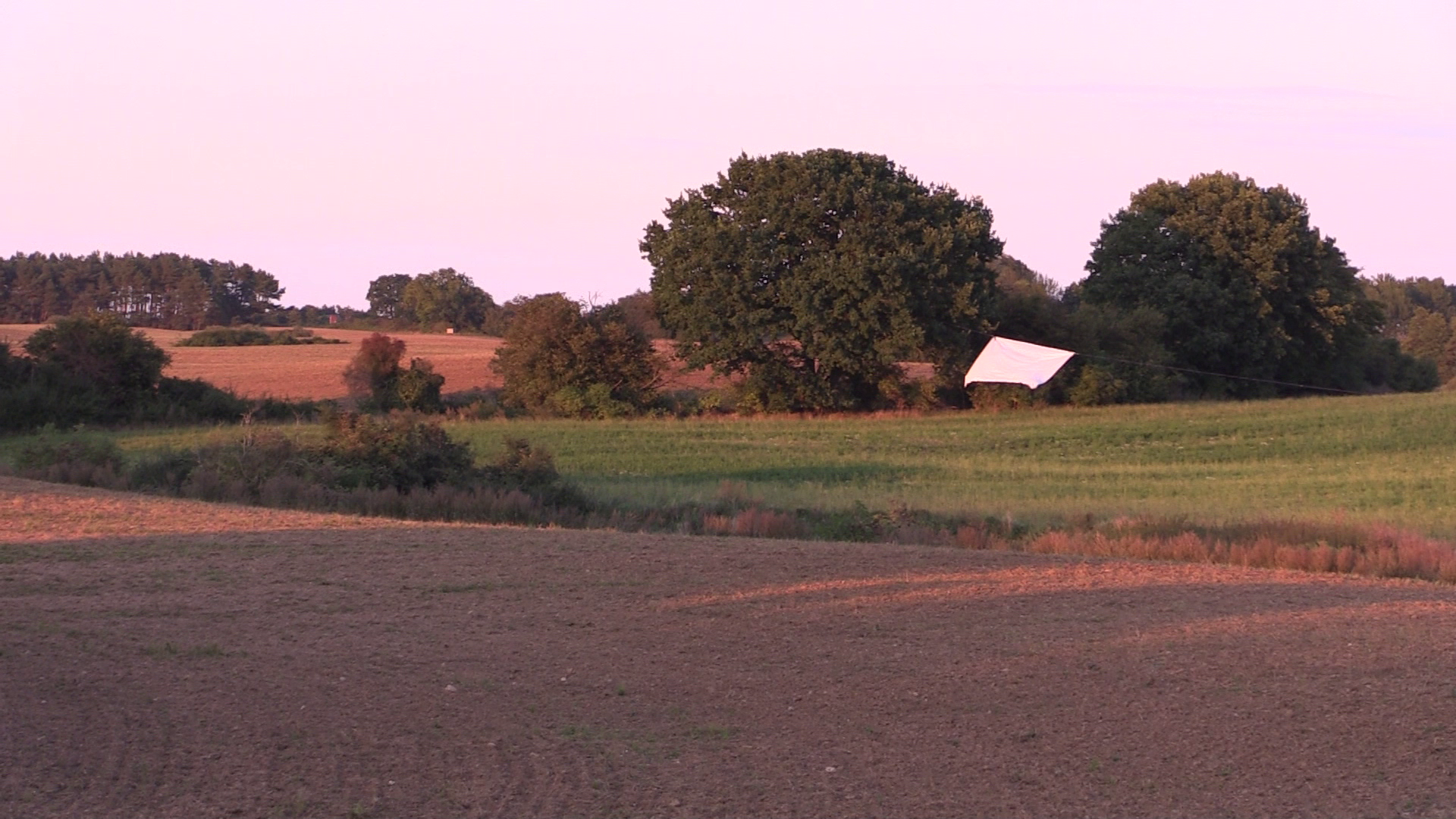